R-12 (Lt. Cdr. E. E. Shelby) was lost between 1220 and 1225 on 12 June 1943 at Latitude 24° 24' 30"N and Longitude 81° 38' 30"W in six hundred feet of water with the loss of forty-two lives. The personnel on the bridge, two officers including the Commanding Officer, and three enlisted men, were the only survivors. Those missing consisted of four U.S. Naval officers, two Brazilian Naval officers and thirty-six U.S. Naval enlisted men. 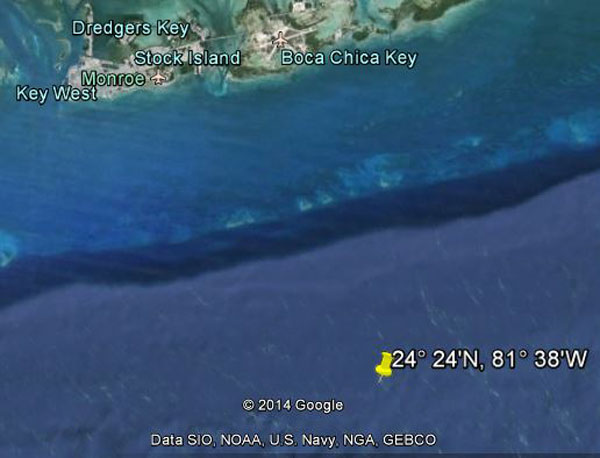 At the time of the accident R-12 was engaged in normal operations off Key West, Florida, being underway to take up her position for a torpedo practice approach. She was rigged for diving (except main induction was open and batteries were ventilating into the engine room) and riding the vents. The Commanding Officer was on the bridge in the act of turning the Officer of the Deck watch over to another officer when the collision alarm was sounded from below and the report that the forward battery compartment was flooding was passed to the bridge. Although the Commanding Officer gave immediate orders to blow main ballast and close the hatches, the ship sank in an estimated fifteen seconds from the time the alarm was sounded until the bridge was completely under water.

It was the opinion of the Court of Inquiry that the cause of the loss of R-12 was unknown but probably was caused by the rapid flooding of the forward part of the ship through a torpedo tube.

Please note -- the wreck of USS R-12 (SS-89) was found in 600 feet of water off Key West, Florida, by an exploration team led by Tim Taylor aboard the expedition vessel "RV Tiburon." 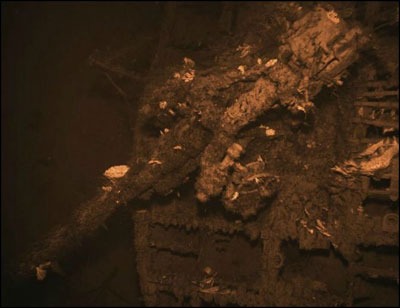 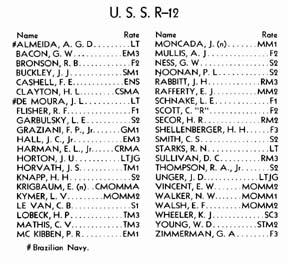