Departing Fremantle for her third war patrol, BULLHEAD (Lt. Cdr. E. R. Holt, Jr.) on 31 July 1945, started for her area (from 110° 00'E to 115° 30'E, in the Java Sea). She was to leave her patrol area at dark on 5 September and head for Subic Bay, P.I. CAPITAINE and PUFFER were also to patrol in the Java Sea area, as were the British submarines TACITURN and THOROUGH.

BULLHEAD arrived in area on 6 August, but CAPITAINE did not arrive until 13 August. On 12 August, CAPITAINE ordered BULLHEAD to take position the following day in a scouting line with CAPITAINE and PUFFER. There was no reply and on 15 August, CAPITAINE reported, "Have been unable to contact BULLHEAD by any means since arriving in area." 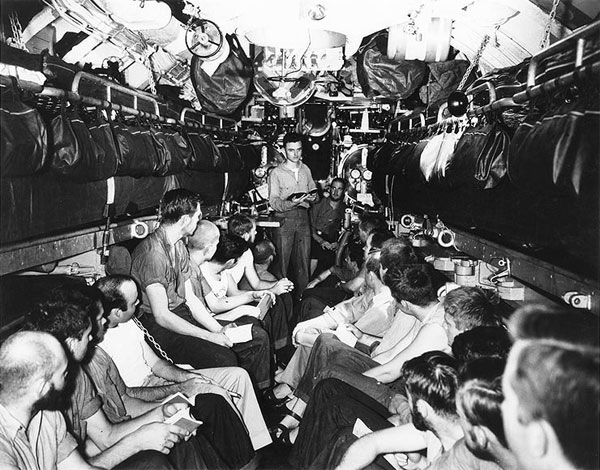 Since those submarines named above were in the same general area as BULLHEAD, and COD and CHUB passed through in transit at various times, it is difficult to point to one Japanese anti-submarine attack as the one which sank BULLHEAD. However, the most likely one occurred on 6 August 1945, when an enemy army plane attacked with depth charges in position 8° 20'S, 115° 42'E. It claimed two direct hits, and for ten minutes thereafter, there was a great amount of gushing oil and air bubbles rising in the water. Since the position given is very near the Bali coast, it is presumed that the proximity of mountain peaks shortened BULLHEAD's radar range and prevented her receiving a warning of the plane's approach. 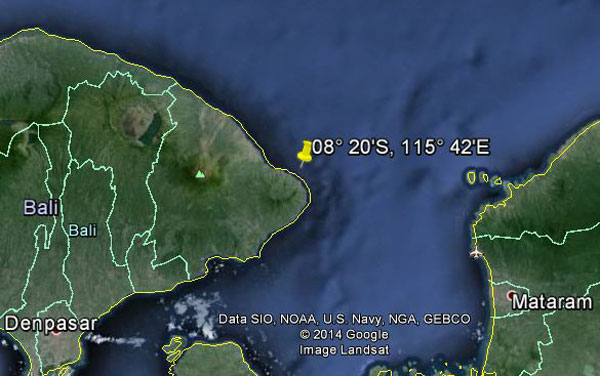 BULLHEAD sank four enemy ships, totaling 1,800 tons, and damaged three ships, for 1,300 tons, in her first two patrols. Her first patrol was made in the South China Sea from the latter part of March to the end of April 1945. No enemy contacts were made, but on 31 March and again on 24 April BULLHEAD bombarded Pratas Island with her five-inch gun. She also rescued three airmen from a downed B-29 following an air strike on the China Coast. In May and June 1945 BULLHEAD patrolled the Gulf of Siam and the South China Sea during her second patrol. Here she sank two small freighters, a schooner and a sub chaser, and damaged two more sub chasers and another small freighter, all in gun actions. 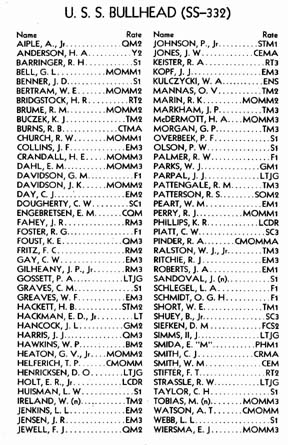