WAHOO returned to Pearl Harbor from her sixth war patrol on 29 August 1943 with the dejected air peculiar to a highly successful submarine which suddenly could not make her torpedoes run true. In twenty-eight days away from port, seven of them spent in her assigned area in the Sea of Japan, WAHOO had expended ten torpedoes in nine attacks without inflicting any damage on the enemy. Her Commanding Officer, Commander D. W. Morton, returned to have the torpedoes changed or checked, and requested that WAHOO be sent back to the Japan Sea for her seventh patrol.

On 9 September, WAHOO again departed Pearl. She topped off with fuel at Midway and left there on 13 September heading for the dangerous but important Japan Sea. Shortly afterwards, SAWFISH left Midway and also headed for this area. WAHOO was to pass through Etorofu Strait, in Kurile Islands, and La Perouse Strait, between Hokkaido and Karafuto, and enter the Japan Sea about 20 September. She was to head south and remain below 43° north after 23 September, and below 40° north after 26 September. SAWFISH was to follow WAHOO, entering the Sea about 23 September and patrol the area north of WAHOO.

No transmission was received from WAHOO, either by any shore station or by SAWFISH, nor was she sighted by SAWFISH after she left Midway. She had orders to clear her area not later than sunset 21 October 1943, and to report by radio after passing through the Kurile Island chain enroute to Midway. This report was expected about 23 October, but Midway waited in vain. By 30 October, apprehension was felt for WAHOO's safety and an aircraft search along her expected course was arranged. When this revealed nothing, WAHOO was reported missing on 9 November 1943.

Although no transmission was received from WAHOO after her departure on patrol, the results of one of her attacks became known to the world via a Tokyo broadcast. Domei was quoted as reporting that on 5 October, a "steamer" was sunk by an American submarine off the west coast of Honshu near the Straits of Tsushima. It was said that the ship sank "after several seconds" with 544 people losing their lives. The submarine could have been none other than WAHOO: none other was operating in that area.

In reporting this broadcast, TIME magazine of 18 October 1943 stated [slightly edited for spelling and content]:

"KNOCK AT THE DOOR"

"In the rough Tsushima Straits where two-decker trains carrying ferries ply between Japan and Korea, an Allied Submarine upped periscope, and unleashed a torpedo. The missile stabbed the flank of a Japanese steamer. Said the Tokyo radio: the steamer went down in 'seconds' with loss of 544 persons aboard."

"Fifty miles across at their narrowest, the Tsushima Straits are Japan's historic doors to the Asiatic mainland. Over them centuries ago Regent Hideyoshi's armada sailed to battle the Koreans and send home 38,000 enemy ears pickled in wine. Upon those waters in 1905 crusty Admiral Togo smashed the Russian Fleet. Presumably the submarine knocking at the door last week was American.  It had achieved one of World War II's most daring submarine penetrations of enemy waters, a feat ranking with German Gunther Prien's entry at Scapa Flow, the Japanese bombing of Pearl Harbor, the U. S. raid in Tokyo Bay."

Information gleaned from Japanese sources since the cessation of hostilities indicates that an antisubmarine attack was made in La Perouse Strait on 11 October 1943. This was two days after SAWFISH went through the Straits. Supplementary data on the attack of 11 October state, "Our plane found a surfaced sub and attacked it with 3 depth charges." SAWFISH was attacked here while making her passage, and that attack is not mentioned in Japanese records. However the primary attacking agency in that case was a patrol boat, and about five depth charges were dropped. Thus it is safe to assume that the attack cited here was made on WAHOO, and is not the attack on SAWFISH with an incorrect date. Both Tsushima Straits, where the attack on the steamer was made, and La Perouse Straits, through which WAHOO was to make good her exit from the Japan Sea, are known to have been mined. This is despite the fact that SAWFISH transited La Perouse on 9 October and reported no indications of mining. It is felt, however, that WAHOO succumbed to the attack referred to above, and not to a mine. 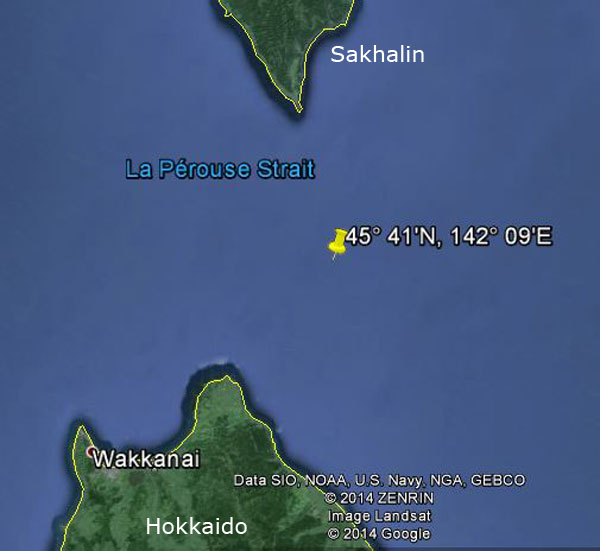 WAHOO was one of the Submarine Force's most valuable units during her six patrols, and her feats have become submarine legend. She claimed to sink 27 ships, totaling 119,100 tons, and damaged two more, for an additional 24,900 tons, in the six patrols completed before her loss. Her patrolling career began in August 1942 in the Carolines. On this patrol WAHOO sank a freighter. Her second patrol was in the Solomons, and she sank a freighter; on 14 December 1942, she sank the enemy submarine I-15 with a single torpedo hit. WAHOO conducted her third patrol in the Palau area. She sank two large freighters, a transport, a tanker, and an escort vessel. In addition, she entered Wewak harbor, on the north coast of New Guinea, seriously damaged a destroyer, which was later found beached there, and obtained reconnaissance data. For her fourth patrol, WAHOO went to the Yellow Sea west of Korea. Here she sank eight freighters, a tanker, a patrol craft and two sampans in March 1943. 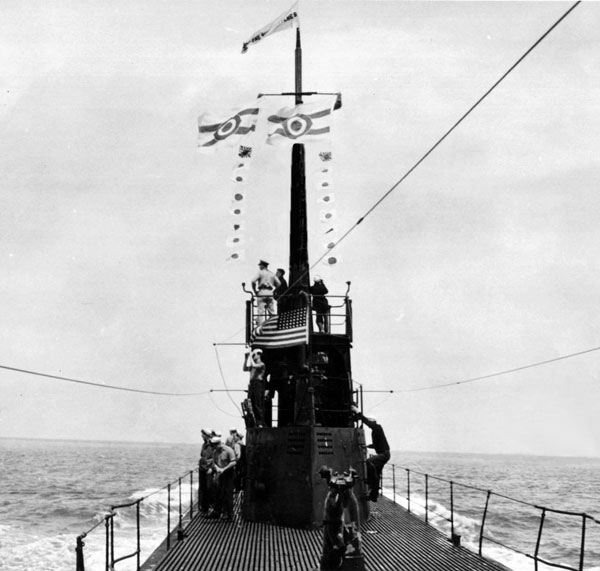 Going to the Kurile chain for her fifth patrol, WAHOO sank two freighters and a large tanker, also doing damage to another freighter and a large (15,600 ton) aircraft transport. The sixth patrol of WAHOO was the disappointing one in the Japan Sea due to poor torpedo performance. Not one of the many attacks on merchantmen resulted in a torpedo hit; WAHOO's only sinkings were of three sampans by gunfire. WAHOO was awarded the Presidential Unit Citation for her third patrol. Commander Morton was considered one of the topnotch officers in the Submarine Force, and the loss of this ship was an irreparable blow to the Service.

(Editor's Note: Recent research indicates that Wahoo's record for her seventh war patrol may be closer to these results: 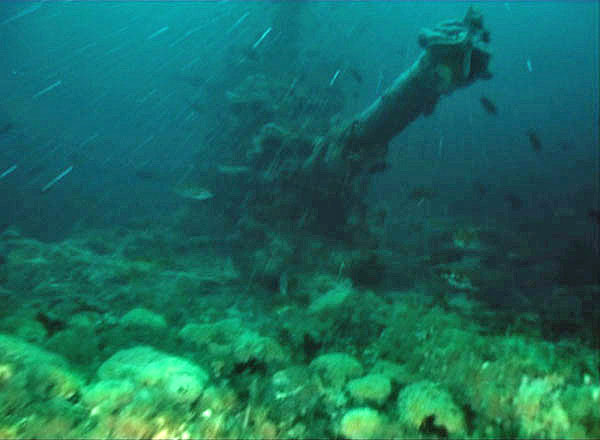 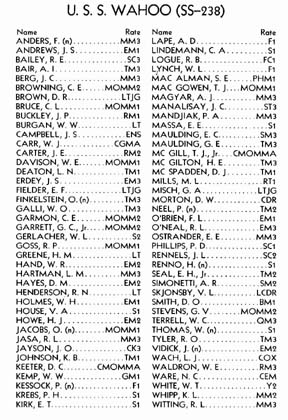