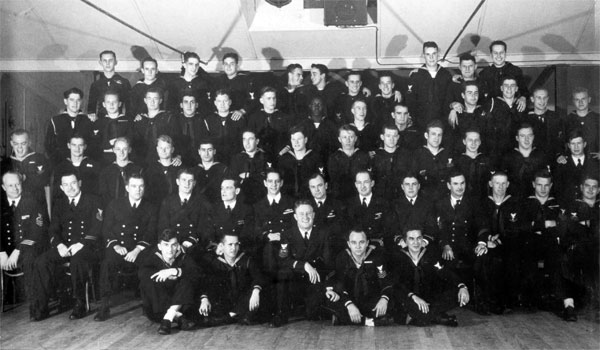 In company with TUNNY and SKATE, BONEFISH (SS-223), commanded by Cdr. L. L. Edge, departed Guam on 28 May 1945 to conduct her eighth war patrol. This coordinated attack group under Commander G. W. Pierce in TUNNY, which was one of three groups then penetrating the Japan Sea, was ordered to transit Tsushima Strait on 5 June 1945 and to conduct offensive patrol in the Sea of Japan off the west central coast of Honshu. This area was further subdivided, with BONEFISH assigned to patrol the northern portion.

BONEFISH successfully transited Tsushima Strait, and made rendezvous with TUNNY on 16 June 1945, in position 36° 40'N, 135° 24'E. Commander Edge reported be had sunk one large transport and one medium freighter to date. On the morning of 18 June, TUNNY and BONEFISH rendezvoused in the vicinity of 38° 15'N, 138° 24'E. BONEFISH asked permission to conduct a submerged daylight patrol in Toyama Wan, in the mid part of western Honshu, and having received it, departed for Suzo Misaki. She was never seen or heard from again.

BONEFISH, in accordance with the operation order, was to rendezvous with the other eight submarines of the three groups, in latitude 46° 50'N, longitude 140° 00'E at sunset on 23 June 1945, in preparation for the transit on 24 June of La Perouse Strait. BONEFISH did not make this rendezvous, and after the other eight vessels had successfully transited La Perouse Strait, TUNNY on 25 and 26 June waited off the entrance to the strait and unsuccessfully tried to contact BONEFISH.

Provision was made in the operation order governing this patrol group for submarines in case of necessity to proceed to Russian waters to claim a 24 hour haven, or to submit to internment in extreme need, or for them to make their exit from the Japan Sea prior to or after 24 June. When all of these possibilities had been examined, and she had not been seen or heard from by 30 July 1945, BONEFISH was reported as presumed lost.

Japanese records of anti-submarine attacks mention an attack made on 18 June 1945, at 37°18'N, 137° 25'E in Toyama Wan. A great many depth charges were dropped, and wood chips and oil were observed. This undoubtedly was the attack which sank BONEFISH. 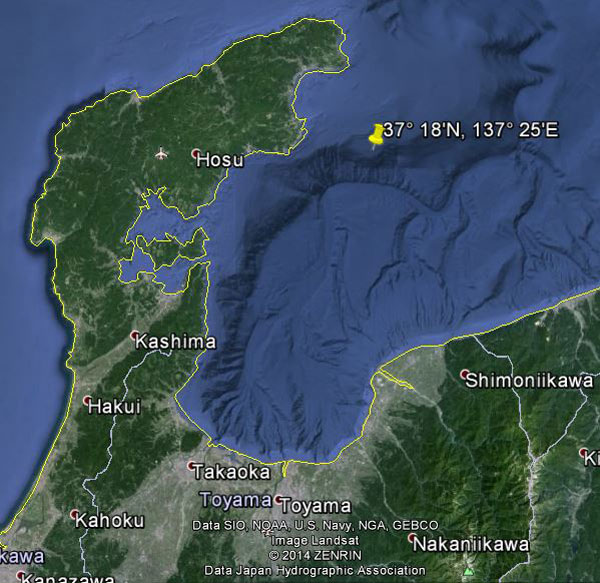 In total, this vessel sank 31 enemy vessels, for a total tonnage of 158,500, and damaged 7, for 42,000 tons. She began her career as an active member of the Submarine Force with a patrol in the South China Sea in September and October 1943. She sank three freighters, two transports, a tanker and a schooner, and damaged a fourth freighter. On her second war patrol, conducted in the Celebes sea and near Borneo, BONEFISH sank two freighters and an escort vessel, and damaged a minelayer. Again in the South China Sea on her third patrol, BONEFISH sank a very large tanker, a medium freighter and a schooner, and damaged a second large tanker. This ship went to the Celebes and Sulu Seas for her fourth patrol and sank two freighters, a transport and a tanker, while she damaged a sub chaser. Post war information also reveals that on 14 May 1944, while firing at the large tanker, which she sank, BONEFISH hit and sank the Japanese destroyer INAZUMI.

This vessel's fifth patrol was in the same area as her fourth, and she sank two small freighters, a large tanker and five miscellaneous small craft, while she damaged a second tanker. BONEFISH covered a South China Sea area in her sixth patrol, and sank two large tankers and a freighter during September and October 1944. She also damaged two medium freighters. Then, after a thorough overhaul and the installation of much new equipment in San Francisco, BONEFISH made her seventh patrol in the East China Sea. She had only one attack opportunity and did no damage. However, she took two Japanese prisoners from a downed enemy plane, and performed reconnaissance work on the southern end of Korea. BONEFISH was awarded the Navy Unit Commendation for the period of her first and third through sixth patrols. 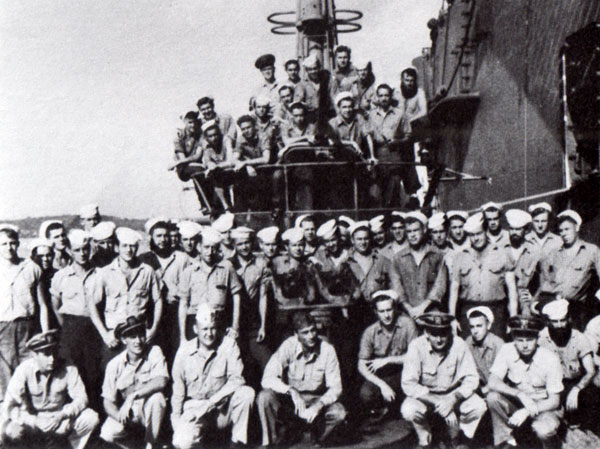