Early in November 1944, GROWLER, HAKE and HARDHEAD were operating together west of the Philippine group as a coordinated search and attack group under command of Commander T. B. Oakley, Jr., Commanding Officer, GROWLER. The patrol was GROWLER's eleventh. On 7 November, GROWLER reported having made temporary repairs to her SJ radar, which made it usable, but that she urgently needed spare parts for it. A future rendezvous was arranged with BREAM for the purpose of delivering the parts.

In the early morning hours of 8 November, GROWLER, then in 13° 21'N, 119° 32'E, made SJ radar contact on an enemy target group, and reported it to HARDHEAD, Commander Oakley directed HARDHEAD to track and attack from the convoy's port bow. Shortly thereafter, HARDHEAD made contact with both the target group and GROWLER. After about an hour had passed HAKE heard two distant explosions of undetermined character, and HARDHEAD heard an explosion, which sounded like a torpedo. At the same time, the targets zigged away from GROWLER. Shortly after, HARDHEAD heard three distant depth charges explode.

A little over an hour after these explosions, HARDHEAD attacked the target from the port bow, obtained three or four hits, and HAKE saw a tanker sink. HARDHEAD was subjected to a severe counter attack from which it emerged undamaged, while HAKE was worked over thoroughly later in the morning. All attempts to contact GROWLER after this attack were unsuccessful, and she has never been seen or heard from since. The rendezvous with BREAM for the delivery of SJ spare parts was not accomplished. Since GROWLER had tracked targets by radar for at least an hour, it appears that her temporary SJ repairs must have been satisfactory.

Although Japanese records mention no anti-submarine attacks at this time and place, it is evident that depth charges were dropped in the vicinity of GROWLER, but in the absence of more conclusive evidence the cause of her loss must be described as unknown. The Japanese admit that a tanker was sunk that night, which checks with HARDHEAD's sinking. HARDHEAD was heavily depth charged following her own attack and later that morning HAKE was expertly worked over presumably by the same escorts. This leads to the belief that if GROWLER were sunk by depth charging it was at hands of a skillful anti-submarine group. 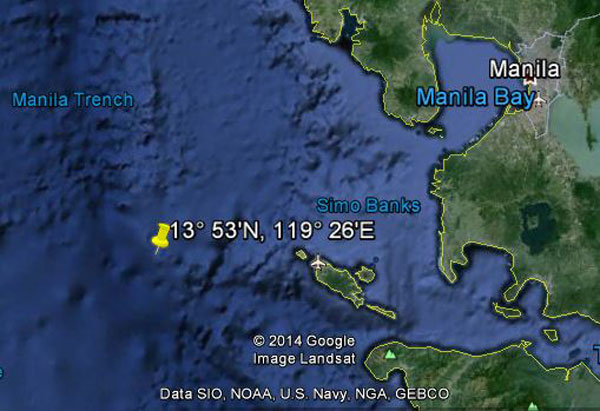 The explosion described by HARDHEAD as "possibly a torpedo" may have been a depth charge or a torpedo explosion. It is unlikely that a torpedo hit was made on the convoy at this time because if the tanker had been hit she probably would either have burst into flame, as she subsequently did when hit by HARDHEAD, or slowed down if hit in the engine room. She did neither, nor was there any evidence that any of the three escorts were hit. However, since only three subsequent explosions were heard by HAKE, and a number of depth charges generally are dropped in an accurate or persistent anti-submarine attack, a number of possibilities exist as to GROWLER's end.

She could have been sunk as the result of a premature or circular run of her own torpedo, and the three depth charges heard by HAKE may have been only a token attack by the escort. Although there was a quarter moon, the night was somewhat misty, and she might have made the approach at radar depth. If so, she could have been rammed, thus making it unnecessary for the escort to drop many depth charges. She could have been caught at either radar or periscope depth and the antisubmarine group, evidently a good one, might have verified the results of their attack immediately. An escort could have hit her with a torpedo and only dropped a few depth charges to insure a kill. In any event, sinking by her own torpedoes is only a slight possibility. It is doubtful whether a report by the escorts of this convoy would help to decide this question. In the cases of TUILIBEE and TANG, where surviviors' statements leave little doubt that destruction was by their own torpedoes, the Japanese ships which picked up survivors claimed to have sunk the submarines themselves.

GROWLER was the ship commanded by Cdr. Howard W. Gilmore on her fourth patrol when, mortally wounded by machine gun fire after GROWLER had rammed a patrol vessel, he ordered the ship submerged while he lay on the bridge. The Commanding Officer, the assistant officer of the deck and a lookout were lost, and Cdr. Gilmore was posthumously awarded the Congressional Medal of Honor.

During her first ten patrols GROWLER sank 17 ships, for a total tonnage of 74,900 and damaged 7 ships, for 34,100 tons. Her first patrol began in June 1942, and was in Aleutian waters. She began her career by sinking a destroyer and severely damaging two. The one sunk was ARARE, sunk while at anchor on 5 July 1942. GROWLER's second patrol was off Formosa; here she sank a large tanker, two medium freighters, a transport and sampan. In her third patrol, this ship sighted eight vessels, but none could be closed for an attack. The area was near Truk. GROWLER's fourth patrol was on the traffic lanes from Truk to Rabaul. She sank a freighter and a large gunboat, also damaging a second freighter. The fight with the gunboat was the incident, which cost the Commanding Officer and two other men their lives. 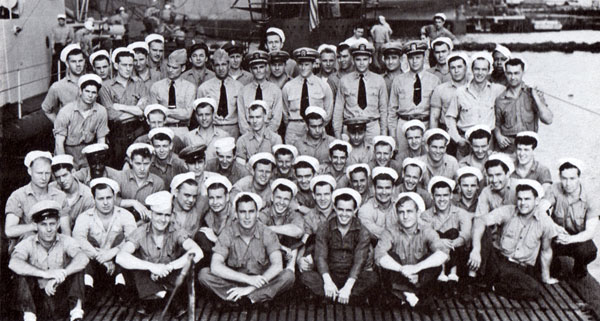 GROWLER's fifth patrol, in the Bismarck Archipelago, was productive of but two attack opportunities; she sank a medium freighter and damaged a large freighter. From mid-July to mid-Septeinber 1943 GROWLER made her sixth patrol in the same area as her fifth, but was unable to do any damage to the enemy, having only one opportunity to attack. She returned to this area for her seventh patrol, but this run was cut short by battery and generator difficulties, and no attacks were made. In March and part of April of 1944, GROWLER made her eighth patrol in the East China Sea area. In this patrol she sank a small patrol craft and damaged a medium freighter. GROWLER covered the Marianas, the Eastern Philippines and the Luzon Strait areas on her ninth patrol, and was credited with sinking a large tanker and damaging a destroyer escort. She patrolled the Luzon and Formosa Straits in her tenth war patrol. She sank a large tanker, a freighter, a destroyer, a coast defense vessel, and an unidentified escort type vessel. She also damaged two more freighters. The destroyer she sank was SHIKINAMI, sent to the bottom on 12 September, while the coast defense vessel was HIRATO, sunk in the same day.