The veteran patroller TROUT (Lt. Cdr. A. H. Clark) left Pearl Harbor on 8 February 1944, enroute to her assigned area for her eleventh patrol. She topped off with fuel at Midway and left there on 16 February, never to be heard from again. She was to patrol between 20° 00'N and 23° 00'N, from the China coast to 130° 00'E. TROUT was scheduled to leave her patrol area not later than sunset on 27 March 1944 and was expected at Midway about 7 April 1944. When she did not arrive, she was reported as presumed to be lost on 17 April 1944. 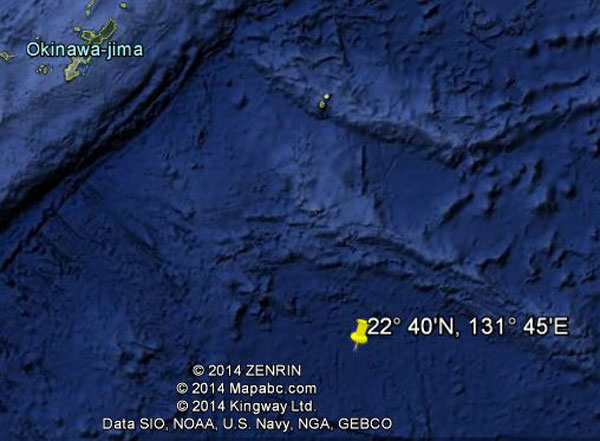 From information received from the Japanese since the close of the war, the following facts have been gleaned. On 29 February 1944, SAKITO MARU was sunk and another ship badly damaged in position 22° 40' N, 131° 45' E. TROUT is the only U.S. submarine which could have made an attack at this time in this position. Since TROUT did not report this action, it is assumed that she was lost during or shortly after this attack. [Editor's note: As do most other accounts, this description of the eleventh patrol fails to point out that Trout intercepted an important convoy bringing the Japanese 29th Division to reinforce the garrisons on Saipan and Guam.  By sinking Sakito Maru, Trout deprived the Marianas defenders of some 2,300 troops and all the equipment on board. See Clay Blair's Silent Victory, 1975, page 564, or page 591 in the 2001 edition.]

In her first ten patrols, TROUT sank 23 enemy ships, giving her 87,800 tons sunk, and damaged 6 ships, for 75,000 tons. TROUT's first patrol resulted in no enemy damage, but her second patrol was a most unusual one. She delivered ammunition from Pearl Harbor to Corregidor in January 1942. To compensate for the weight of ammunition delivered, she brought back as ballast 20 tons of gold, silver and securities which was delivered to Pearl Harbor, from where it was taken to Washington for safekeeping. Also during the patrol TROUT sank a medium freighter and a patrol craft. In the period from mid-March to mid-May 1942, TROUT conducted her third patrol in Empire waters. Here she sank a large tanker, three freighters and a gunboat, and damaged a large freighter. TROUT's fourth patrol covered the period during which she was part of the forces defending Midway. She made no successful attacks here. The area south of Truk was the scene of TROUT's fifth patrol; here she sank a transport and damaged an aircraft carrier. 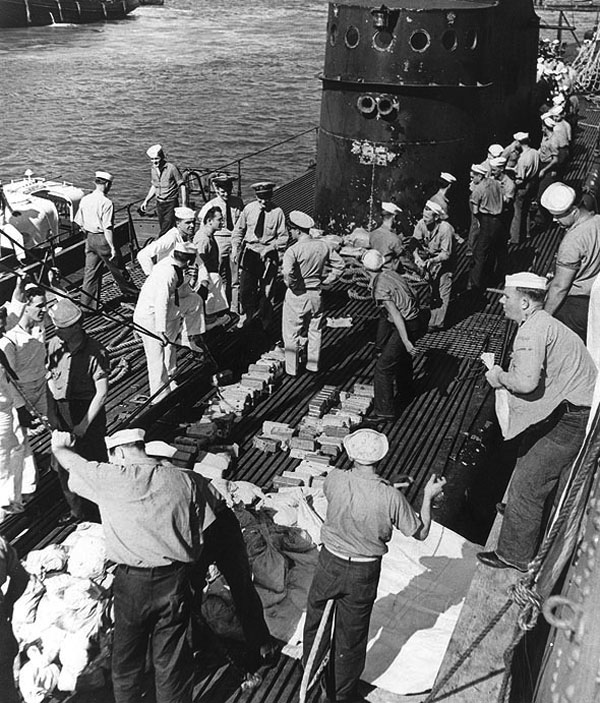 During her sixth patrol, in the Southern Solomons, TROUT had but one attack opportunity. She made no hits on a battleship sighted on 13 November 1942. In the South China Sea on her seventh patrol, she sank a freighter, a tanker and two sampans, and damaged two other large tankers. The same general area was the scene of her eighth patrol; TROUT sank two sampans and damaged an auxiliary vessel. In May and June 1943 TROUT patrolled in Philippine waters and sank two tankers, a freighter, and two small schooners, also damaging a freighter. TROUT's tenth patrol was a passage from Fremantle to Pearl, with a patrol of the Davao area enroute. She sank a freighter, a transport, a sampan and a submarine. The latter was I-182, sunk by TROUT in Surigao Strait on 9 September 1943. [Editor's note: Most sources do not credit Trout with the sinking of I-182.]

This vessel was awarded the Presidentiai Unit Citation for the period of her second, third and fifth patrols.