SEAWOLF (Lt Cdr. A. L. Bontier) left Brisbane on 21 September 1944 beginning her 15th patrol, and arrived at Manus on 29 September. Leaving Manus on the same day, SEAWOLF was directed to carry certain stores and Army personnel to the east coast of Samar.

On 3 October SEAWOLF and NARWHAL exchanged SJ radar recognition signals at 0756. Later the same day an enemy submarine attack was made at 2° 32'N, 129° 18', which resulted in the sinking of U.S.S. SHELTON (DE-407). Since there were four friendly submarines in the vicinity of this attack, they were directed to give their positions and the other three did, but SEAWOLF was not heard from. On 4 October, SEAWOLF again was directed to report her position, and again she failed to.

U.S.S. ROWELL (DE-403) and an aircraft attacked a submarine in the vicinity of the attack on SHELTON, having at that time no knowledge of any friendly submarines in the area, and it was thought that SEAWOLF must be held down by these anti-submarine activities. It is possible that SEAWOLF was the submarine attacked. 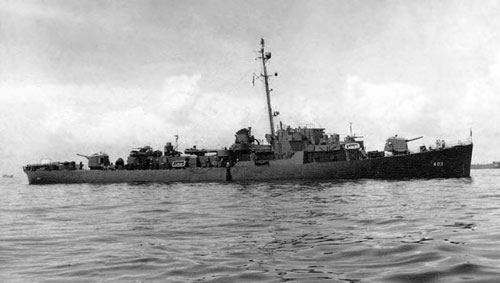 The report from ROWELL indicates that an apparently lethal attack was conducted in conjunction with a plane, which marked the spot with dye. ROWELL established sound contact on the submarine, which then sent long dashes and dots which, ROWELL stated bore no resemblance to the existing recognition signals. After one of the several hedgehog attacks a small amount of debris and a large air bubble were seen. It has been established that the Japanese submarine RO-41 sank SHELTON on 3 October, and was able to return to Japan.

In view of the above facts, and the fact that there is no attack listed in the Japanese report of anti-submarine attacks which could account for the loss of SEAWOLF, it is possible that SEAWOLF was sunk by friendly forces in an anti-submarine attack on 3 October 1944, in the vicinity of 02° 32'° 'E. It is also possible that she was lost due to an operational casualty or as a result of an unrecorded enemy attack. 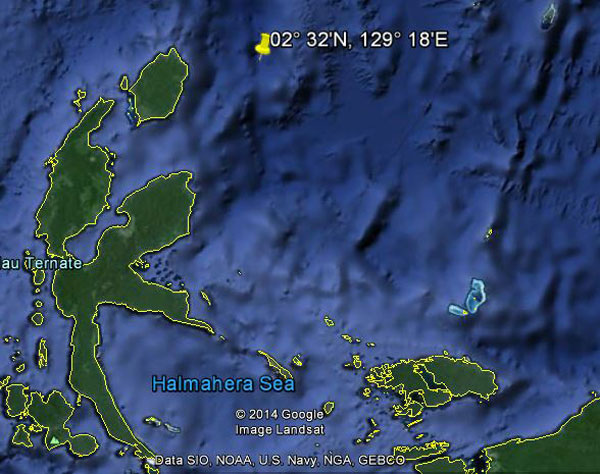 During her first fourteen patrols, SEAWOLF sank 27 enemy ships, and damaged 13. This gave her total tonnage for ships sunk and damaged of 108,600 and 69,600, respectively. On the day the war began she started patrolling in the vicinity of northern Luzon, but returned with no damage to her credit. Her second patrol was the passage from Manila to Port Darwin and SEAWOLF did not meet any enemy ships. On her third patrol SEAWOLF transported a cargo of .50 caliber anti-aircraft ammunition to Corregidor in January 1942 and then took passengers from there to Surabaya. Patrolling the vicinity of Lombok Straits for her fourth run, SEAWOLF sank a transport and damaged three light cruisers, two transports and a freighter. She received the Navy Unit Commendation for this patrol. Returning to the Philippine area for her fifth patrol, SEAWOLF sank a freighter. In the Makassar Strait for her sixth patrol, SEAWOLF sank a tanker and a freighter-transport, while she damaged another tanker.