The first submarine victim of enemy action was SEALION (Lt. Cdr. R. G. Voge). The start of the war on December 8 (east longitude date) found her, along with SEADRAGON, in the last stages of overhaul at the Navy Yard, Cavite, P. I. Both were scheduled for completion on December 12th. 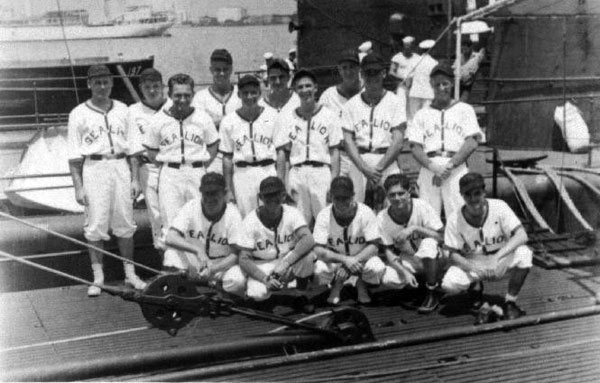 Although there were frequent air raids in the Manila area during the first two days of the war, no enemy planes visited the Navy Yard Cavite until the afternoon of the 3rd day, December 10th. On that day the air raid alarm sounded about a half hour after noon, and shortly thereafter 54 planes, in two groups of 27 each, were sighted heading for the Navy Yard. SEALION was nested at Machina Wharf with SEADRAGON inboard and the minesweeper BITTERN outboard. With the exception of the Commanding Officer, the Executive Offlcer (Lieut. A. Raborn) and three men, all personnel were below decks. The first stick of bombs landed from 100 to 200 yards astern of SEALION, and at that time, Voge, seeing that the planes were going to bomb from high altitude where machine gun fire could not reach them, ordered all hands below. It was a most fortunate decision. On the next bombing run, but a few minutes later, two bombs hit SEALION almost simultaneously. One struck the after end of the conning tower fairwater, completely demolishing the machine gun mount which had just been vacated, the main induction, the battery ventilation and the after conning tower bulkhead. It exploded outside the hull a few feet above the control room. Had it entered the hull before exploding, the majority of SEALION's crew would have been lost, as most of the personnel were in that room. A fragment from this bomb pierced the conning tower of SEADRAGON, killing instantly Ensign Sam Hunter who was stationed therein, the first submarine casualty of the war. Other fragments from this bomb pierced the pressure hull, inflicting minor wounds on three SEALION men in the control room. 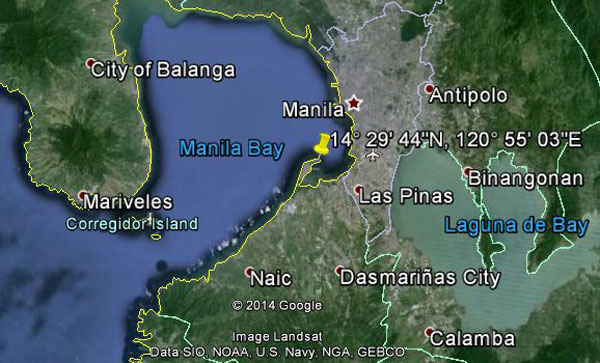 At almost the same instant another bomb, passing through the main ballast tank and the pressure hull, exploded in the maneuvering space in the after end of the after engine room, killing four men who were working in that compartment - Electrician Mates Foster, O'Connell and Paul, and Machinist Mate Ogilvie.

With this explosion in the maneuvering space, the after engine room flooded immediately and SEALION settled in the mud aft. The forward engine room and the after torpedo room flooded slowly through bomb fragment holes in the bulkheads. Personnel in these compartments, as well as in the other parts of the ship, made their escape through the hatches, which were all still above water. SEALION finally settled down by the stern with about 40% of the main deck underwater and with about a 15 degree list to starboard.

The bomb which exploded above the control room, while doing great superficial damage, did little harm to the pressure hull other than piercing it with numerous bomb fragments. The bomb which exploded aft, did the major damage. A more vital spot than the maneuvering space could not possibly have been found. All motor controls, reduction gears, and main motors were wrecked, totally immobilizing the ship. However, the damage would have been considered non-fatal had there been overhaul facilities available for repairs. But such was not the case; the bombing which wrecked SEALION also demolished the Navy Yard Cavite, and the closest repair facilities were at Pearl Harbor, 5000 miles away. The war situation being what it was, it was impossible to tow SEALION that distance, and after removing all gear of value, such as gyro, radio and sound equipment, she was destroyed to prevent her from falling into enemy hands. Three depth charges were exploded inside SEALION on Christmas day, 1941. 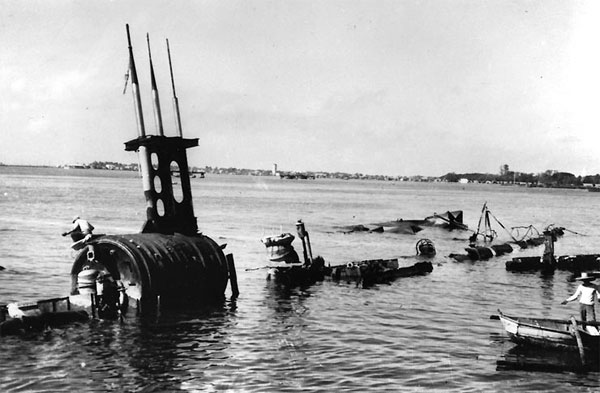