On 26 September 1943, S-44 (Lt. Cdr. F. E. Brown) departed Attu to begin her fifth war patrol in the Kuriles. She was not heard from again by the shore bases, but the story given here is taken from statements made by her two surviving crewmen, E. A. Duva, CTM and W. F. Whitemore, RM3c.

One day out of Attu S-44 was forced down by a plane which dropped several depth charges. Then nothing was seen until 2030 on the night of 7 October, when radar contact was made on what was thought to be a small merchant ship. S-44 went in very close on the surface and started firing her deck gun, and immediately the destroyer they had underrated opened up with all guns.

Note: According to the Tabular Record of Movement for IJN Escort Ishigaki, there were actually two Japanese ships involved, a small merchantman and a kaibokan escort (Ishigaki). 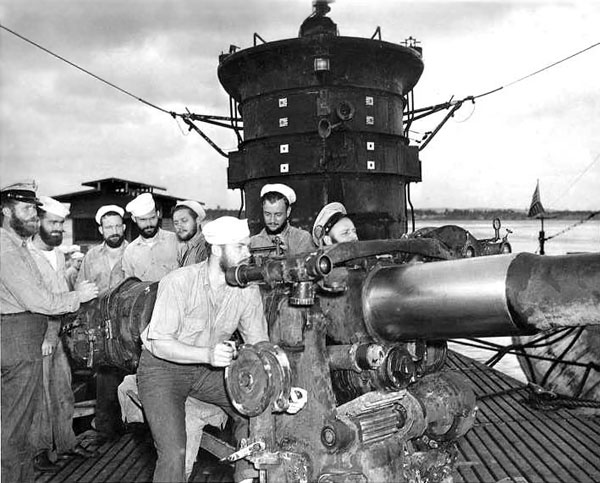 The Captain ordered, "take her down", and the diving alarm was sounded, but the ship did not submerge, for reasons not made clear in the statements of the survivors. Meanwhile, the destroyer had scored a hit below the water line in the control room, one in the conning tower, and one in the forward battery. The order was given to abandon ship, and a pillow case was waved from the forward room hatch, in the hope that the enemy would cease firing, but they did not. Several more hits were scored by the destroyer. 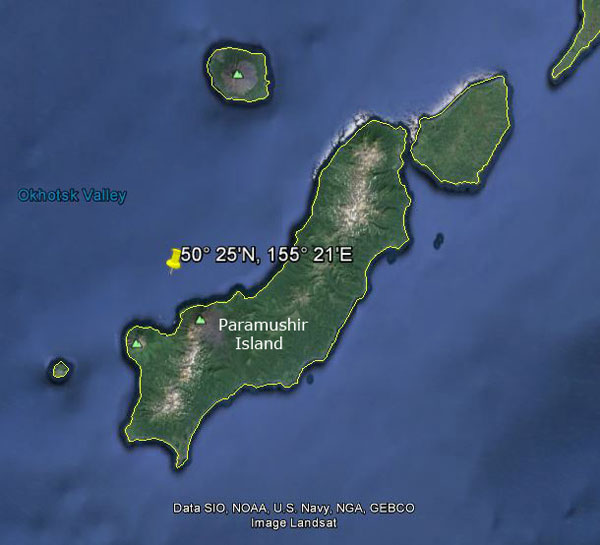 About eight men got off the ship and into the water before she sank, but only two were picked up by the destroyer. They were taken to the Island of Paramushiru for several days and then to the Naval Interrogation Camp at Ofuna for a year. Finally, they were forced to work in the copper mines of Ashio until released by Allied forces at the close of the war.

During her first four patrols, all conducted in the Solomon Islands area, S-44 sank three ships and damaged a fourth. Her first patrol was conducted off the east coast of New Britain, and on 12 May 1942 she sank a small freighter. While covering the area west and south of Florida Island on her second patrol, S-44 sank the 1,051 ton converted gunboat KEIJO MARU on 21 July 1942. Her greatest satisfaction and an important contribution to the Allied War Cause came during her third war patrol, conducted off New Hanover. On 10 August 1942, S-44 hit the heavy cruiser KAKO with four torpedoes and sank her. This sinking was particularly opportune, as KAKO was one of the four Japanese heavy cruisers of Cruiser Division Six, which at the very time were returning from the first battle of Savo Island. The night before in that battle they had sunk four Allied heavy cruisers without losing any themselves or suffering more than moderate damage. On her fourth patrol, off New Georgia, S-44 damaged a destroyer type vessel.